Bavuma will lead them in the next two T20 World Cups, and Elgar in the next World Test Championship cycle

South Africa have appointed Dean Elgar as their new Test captain and Temba Bavuma the leader of their limited-overs teams. Bavuma, who will also be the vice-captain in Tests, will lead them in the next three World Cups: the T20 events in 2021 and 2022 and the 50-over competition in 2023. Elgar will lead the Test side in the next cycle of the World Test Championship. Bavuma is also South Africa’s first permanently-appointed black African captain.
Both captains take over from Quinton de Kock, who succeeded Faf du Plessis in white-ball formats last February and was asked to step-in as temporary Test captain for the 2020-21 summer. Under de Kock, South Africa recently lost a Test series 2-0 in Pakistan after beating Sri Lanka 2-0 at home in December-January. Prior to that, South Africa were also whitewashed 3-0 by England in a T20I series at home under him.
“We are grateful to Quinton for the work he has put in as captain of the team in the limited overs formats and are indebted to him for stepping up while the National Selection Panel continued its search for the Test captain,” Graeme Smith, CSA’s director of cricket, was quoted in a board release. “We expect him to still play an integral role in the team’s leadership group.

“We as CSA are pleased with the appointments of Temba and Dean and believe that we have the men who will lead the Proteas back to their winning ways of old. The pair bring the required stability in both leadership and form to turn the ship in the direction that will eventually bring trophies back to the cabinets.

“Temba has been a strong and influential voice in the team in recent times and has shown consistency on the field in all formats, solidifying his place as a leader. He also has the trust and backing of the players and coaches around him. We are excited to have him lead the Proteas in the upcoming T20 World Cups as well as the 2023 World Cup in India. He will also be the Test team’s vice-captain, working closely with Dean to ensure continuity and stability in the squad.

“Dean has made no secret of his Test captaincy ambitions over the years and we are pleased to have a leader who is ready, willing and able to step up to the massive task of turning our Test cricket fortunes around. His role as a leader in the Test team has never been in doubt and I know that he relishes the prospect of captaining the Test team. We are confident that he will bring the same grit and determination to his captaincy as he has brought to his many performances on the field over many years.”

Bavuma, who has played only six ODIs and eight T20Is so far, said he was looking forward to leading the teams in the next three World Cups.

“Captaining the Proteas has been a dream of mine for many years as those closest to me would know,” Bavuma said. “This is one of the greatest honours of my life so far and I am looking forward to picking up where Quinny (de Kock) has left off in leading the team into the new culture that we have developed and continue to work on.

“The responsibility of captaining one’s country is not one I take lightly, and I am looking forward to this new challenge and journey with Dean in the Test cricket format, as well as leading the team to not just one, but three ICC World Cups in the very near future.”

Elgar has been a much bigger mainstay in South Africa’s Test line-up with an experience of 67 Tests in which he scored 4260 runs and 13 hundreds.

“Temba and I know more than most the challenge that we have ahead of us in returning the Test squad back to its winning ways, but I know that we’re both more than ready for the task at hand. I’m looking forward to bringing stability back into the team and laying a solid foundation for us to be able to accomplish the ambitions we all have to see the Proteas go back to the world’s number one spot in all three formats.”

de Kock led South Africa in four Tests in the summer and captaincy might have affected his form as he managed only 74 runs in six innings at a forgettable average of 12.33 with a high score of 29. His captaincy had also been under the spotlight with a number of unsuccessful reviews in Pakistan and questionable bowling and fielding calls. After returning home, de Kock decided to skip the domestic T20s for a mental-health break as he had also been in several biosecure bubbles since the IPL started in September last year.
Elgar has led South Africa twice in the past but in stand-in capacity: in the first Test against England in 2017 and against Pakistan at home in early 2019. Bavuma, on the other hand, has no captaincy experience at the international level. He has, however, led the Lions franchise to two first-class and two T20 titles, including the most recently-concluded tournament, where he was also the second-highest run-scorer.
South Africa’s next assignment will be the home ODIs and T20Is against Pakistan from April 2 to 16 although there is no Test cricket in the near future after Australia decided not to tour South Africa for the three Tests in March.
Related Items
Click to add a comment 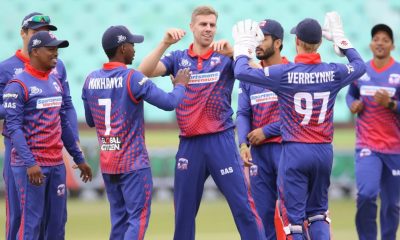 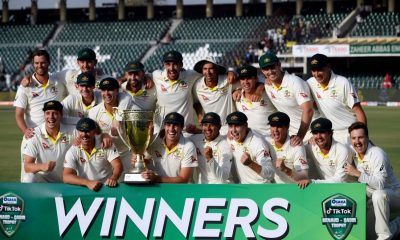 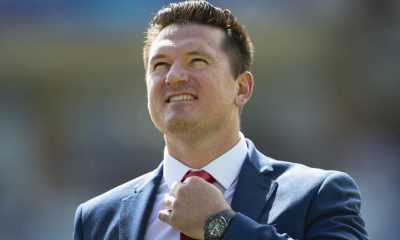 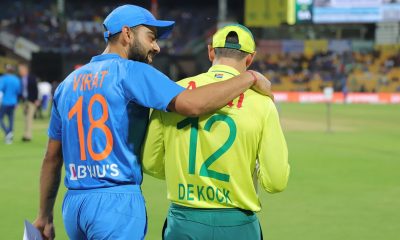 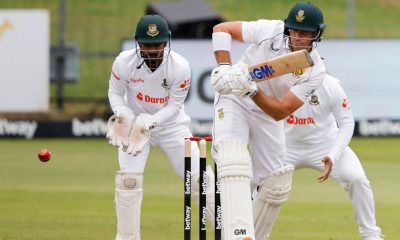 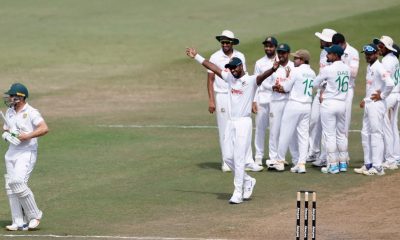 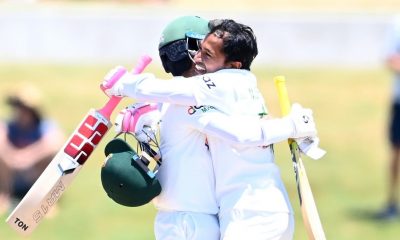 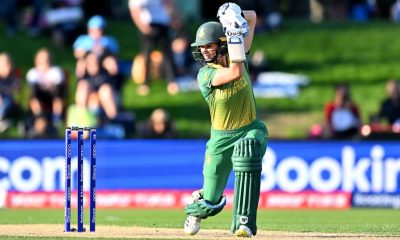 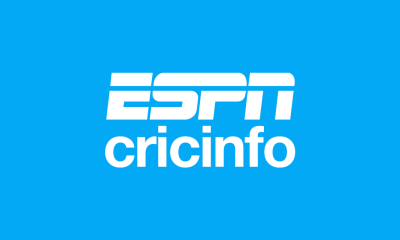